"It is critical you pay attention at this time..."

I need to increase my readership haha
- JFav

It's bad, I shouldn't. I can tell it's bad because, as I type this out, the word "overthink" has that red squiggly line that reminds you to check your spelling. It's not even a real word. That's how I know I shouldn't do it.

But I must. I should stop.

For the sake of something beautiful and new, I should stop. I should learn to enjoy the moment and not rely on the pleasure and satisfaction of hoping. Hope is my drug. You know how some people fear the unknown? I do, too. I just love it, too. My imagination paints this perfect picture, and that perfect picture sustains me. Of course, when the other shoe drops (the fearful shoe), I'm terrified.

I'm addicted to the unknown. To the ecstasy of maybe and the torture of what if.

It's not fucked up, but it's kinda weird.

Idle hands are the overthinker's worst companions or something similar.

I wish there were red squiggly lines that would tell me when I'm doing something I shouldn't be doing.

Lemon Curd is the Word

I started my day with a 10 AM dentist's appointment. NBD, so my trip to the dentist was over like that. After, I walked to the mall to go get my comic books. Comics are expensive but they are also very good, case in point, Marvel Zombies #1 by Si Spurrier, Kev Walker and friends, which I picked up today and featured my favorite Disney-owned Elsa (Bloodstone, not Frozen (let it go, Frozen fans)) killing un-dead versions of Marvel characters. But I digress.

Since work would begin at 2 PM, I had time to kill. And because I didn't want to go home I decided to read and eat, two of my most-favoritest verbs.

And lo, there came an idea.

So I went to Yardstick.

Yardstick's Lemon Curd waffle is exquisite. I have no pictures, because when the plate is brought to me, I just gobble gobble gobble. Those waffles are great, man. They are warm and crunchy to the bite, and, when your teeth get into the thing, soft and moist. It tastes likes clouds and stardust warmed by the sun. At Yardstick, they plate them not as one big waffle, but cut into quarters and stacked one on top of the other and that is the ideal way to do it because I can pick one up like a slice of pizza and eat it with my hands. Waffles that you can eat by your hands, friends. Eating with your hands is low-key the best because who wants to use a knife and fork when you can just pick up your food and shove it into your mouth? Less Huffle, more puff, ya feel me?

The actual Lemon Curd part of the waffle is on the side, served like a dipping sauce. You can spread it on the pastry like a regular person, or you can be better and just dip the waffle pieces in, scooping up generous portions of the curd, making sure each bite you take is more curd than waffle, because I cannot get enough of that tangy, sweet, triumphant-achievement-of-human-endeavor-y thing.

I walked a long way to get my waffles and it was worth it. I was drenched in sweat because Manila weather but nothing was going to stop me from getting my fix. I love Yardstick's Lemon Curd waffle. The one I had today was no exception. If you are a fan, then you are my choir and I, the preacher. If you have yet tasted this magnificent dish, let me know, I will take you there and we can experience it together.
Posted by Unknown at 1:14 AM No comments:

And So My Watch Begins

Fans of the show, Game of Thrones, do not misinterpret the title of this post. I am not joining the Night's Watch. First of all, I am neither nobility serving to give honor to my house nor a criminal conscripted into service. Secondly, total sausage-fest if I join, bummer. And lastly, it's a fictional group from a fictional universe. (I definitely got the order right.)

But I am talking about doing something I'd rather not but is still ultimately for the greater good. No frigid cold to endure (if you don't count the air-conditioning) nor do I have to worry about the undead. No swords nor heavy fur coats. Tonight, and tomorrow night, I work the graveyard shift at work.

(Clearly similar to serving on The Wall, right? Hehe.)

It's a whole thing and I don't feel like I need to explain, it's just something I gots to do, ya know? Under normal circumstances, I wouldn't be thrilled to do this, but now, especially after my break-up with my longtime partner (ouch), it's...still not something I'm thrilled to do, but hey at least it keeps my mind off of other less savory things.

Curse me for being an optimist. (Optimisto Patronum? Optimistulus? Optimus Prime?)

(Curse me for also being too corny.)

So here I am doing something unfamiliar but is oddly enough part of the lifeblood of the Filipino workforce, of which I belong. With BPOs and call centers necessitating this kind of work on the regular, I do not worry about experiencing this simply because a lot of people do it already.

I just like making a fuss. And I'm bored so I'd rather be doing something while waiting for my work to begin.

Interesting coping mechanisms I have for doing undesirable things. Talk, talk, talk it up. It's my overthinking self made manifest. I have to purge my brain of all these thoughts lest I go insane keeping it all inside.

So, I've less than 10 minutes before I begin. Here goes nothing. Wish me luck.
Posted by Unknown at 7:53 AM No comments:

Smile That All May Smile With You

A smile is proof of truth, beauty and love in the world.

It is an infinity of feeling, manifested in one, small action. Incalculable. Immeasurable. Unquantifiable.

It is burdens lifted, shackles cast aside and walls torn asunder.

It is giving back to the universe for all it has done.

The chance to make another smile is soul-nourishing.

In that moment, we are heaven-sent.

1. McDo Breakfast is only available for a limited amount of time every day. This is a safety measure to protect customers from buying all their stocks until they run out of money, and to curb a shortage of supplies which creates mass rioting by crazed, hashbrown-seeking customers.

Too Many Words Devoted to an Analogy Regarding Flushing

Remember that episode of The Simpsons where our family from Springfield are in Australia and they discover that the toilet flushes counterclockwise there as opposed to clockwise in the U.S.?

Wala lang, just wanted to get you thinking about your toilet and how it flushes. Why? Glad you asked.

Because it's how I see myself worrying. Like, that's how I'd describe how I "worry" to someone who decided to ask that incredibly random question. I worry like a toilet flushing.

My worries = Pee and Poo

Act of flushing = How I Worry

I worry about stuff and in my head it's all swirly and violent and WHOOSH! Just imagine how it feels like when you're anxious and stressed - isn't it a whirlpool of nasty things, crashing around in your head? Then, it stops and everything is calm again up until the next time I flush/worry about stuff. Somehow, this makes sense to me.

(An over-analysis of the analogy would be clunky and would probably filled with too many pronouns and wouldn't be clever just confusing and embarrassing.)

And with that, I've flushed that out of my system. Until next time.
Posted by Unknown at 8:17 AM 1 comment:

The year is almost over, and I am way behind on updating this thing, but there's still time and I'm in the mood to talk about movies.

It seems every upcoming year's slate of movies is worthy of "I can't wait for" status. Next year's crop is no different, which is no small feat after 2013's great list of films (Iron Man 3, This Is The End, Pacific Rim). Without further ado, here are the movies "I can't wait for" in 2014:

The friends you make along the way will be plenty.

None of us are friendless or for that matter, "friend-full"

The scythe of trust is what thins their numbers.

A secret kept is a friendship saved. It matters when we share secrets because we share a part of ourselves. It is trusting someone even if you can't see them.

Likewise, to spend time with someone is to mark them special. The friends you are with are who you want to be with. Foolishly wasting time being with individuals whom you can't be yourself around will kill you, little by little.

Your friends are those whom you trust with your secrets and time, your life and soul. And they, in turn, trust you with theirs.

Choose wisely. Make sure they are "Choo Friends." 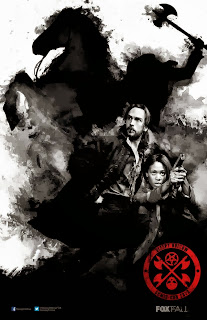 My new favorite show on the strength of its premise, cast/characters and willingness to out-WTF the competition. EDIT: And after only TWO episodes.

A Cronut Worth Your Time

Bronuts' doughnut/croissant miracles of life are good. Actually, they're great. I've tried my fair share of cronuts these past few months, but so far these are my favorite. Before my family and I finished the half dozen of them I bought (P110 per piece, P600 for six), I managed to snap a few pictures. I now give you permission to get hungry.

Posted by Unknown at 8:52 AM No comments:

Fantasy Diary 001 - Mock Draft 'Til You Make It

NBA Fantasy time! Oh yes, I love this time of the year and I can't wait to play for real. For now, practice practice practice! When it comes down to the actual live drafts, draft position determines a lot of things so I am going to practice drafting from every position at least twice. For this mock draft, I am drafting Eighth Overall. My players and thoughts after the jump.

I don't know about you, but I love making lists. It's so much fun to organize things like that, number them and rank them pretending to have ownership or claim or influence on these items. It's a fascination with bringing order to chaos and imagining yourself in control of something you really do not have any power over. It's almost like playing God, really.

Or not. Maybe it's just a thing people do. A habit or hobby like gardening or comic collecting or whatever. All I know is, it's pretty fun for me. And I'm pretty sure most people get a kick out of it too.

Some of my favorite topics to make lists for include Avengers line-ups (because one day, when I'm writing Avengers, Richard Rider-Ben Reilly-Scott Summers will all make the cut serving with Luke Cage and Black Panther), what I want to do on my Birthday (one day, I will plan my own surprise party), basketball line-ups (I obsessed with this in high school haha) and the order with which I will watch my shows/read my comics (because there is a way to maximize your enjoyment of these things!).

List-making can be therapeutic, calming and a tiny source of entertainment. I guess this is how I balance how messy and disorganized I am. With all the clutter in real life, making a list of things for fun is maybe a way of "tipping the scales," for people like me.

Posted by Unknown at 8:37 AM No comments: 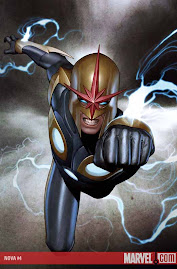